On October 8th, 2021 at 10:30 am, the South Central Tennessee Finance and Executive Committee conducted a meeting to discuss important updates, reviewed financials, awarded service awards, and then elected new officers. SCTDD Directors met for the meeting at the South Central TN Development District in Mount Pleasant, TN, but other members either called in or participated via Zoom due to covid-19 restrictions.

Mr. Jerry Mansfield, SCTDD Executive Director, introduced Kayla Eubanks, SCTDD Executive Assistant, to the committee. Mrs. Eubanks has eagerly accepted the position of Executive Assistant and is very excited to begin her new role. Mrs. Eubanks has worked diligently in the transportation department and will be a great asset to the administrative staff. Mr. Mansfield stated, “Mrs. Verna would be very proud and approve of Kayla taking on her role, and as you get to know Kayla, I know that you all will agree.” 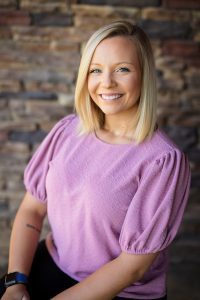 Furthermore, T.R. Williams, Lawrence County Executive, stated that Mayor Bonnie Lewis, Mayor Wallace Cartwright, and himself served on the nominating committee for selecting new members. He explained that the nominating committee previously spoke to Bill Newman, Lincoln County Mayor, Jim Mangubat, Wayne County Executive, and Jonah Keltner, Lewis County Mayor and have agreed to serve another term. All three officers were sworn into office as Mayor Bill Newman as Chairman, County Executive Jim Mangubat as Vice Chairman, and Mayor Jonah Keltner as Secretary/Treasurer. T.R. Williams made the motion to approve the officers, and Mayor Mike Keny seconded the motion.  T.R. Williams swore in Chairman Bill Newman and Vice Chairman Jim Mangubat, and Mayor Jonah Keltner will be sworn in at a later date.

For additional information regarding the meeting, please contact the SCTDD at 931-379-2929 or info@sctdd.org. Thank you! 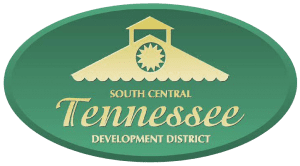 The South Central Tennessee Development District (SCTDD) does not discriminate based on race, color or national origin in federal or state sponsored programs, pursuant to Title VI of the Civil Rights Act of 1964 (42 U.S.C. 2000d).  SCTDD is an equal opportunity provider and employer.

SCTDD is committed to promoting full and equal business opportunities for DBE contractors.  In that regard, Contractor shall make a good faith effort to use the services of Certified/Listed DBEs whenever possible.